Release 0.9.5 will focus on larger changes, including new Wanderer plot and a new alien faction with its own territory and ships, some of which I’ve already got rough-draft graphics for: 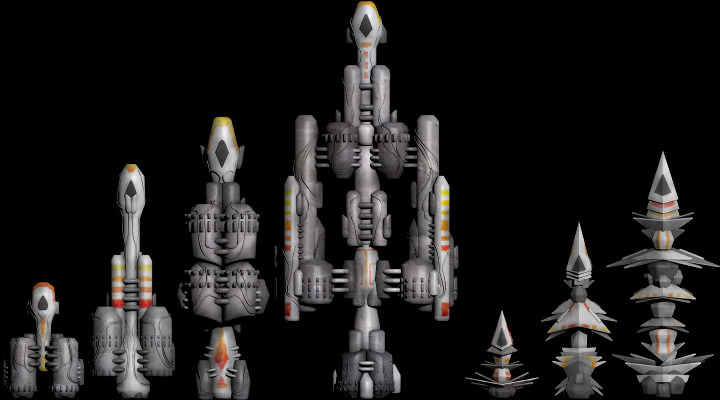 Because 0.9.5 will include a lot of new content, it’ll probably be 2 months or more before that release is published.